Paula Alfonso currently resides in Gainesville, FL. She attended the University of Florida and received a B.S. in Health Education, and a M.S. in School Leadership.  Her passion is education and how it relates to the Pageantry Arts. Paula began her Colorguard career in Pembroke Pines, FL where she attended Flanagan High School. That experience blossomed a love for the activity that extended to marching several years after high school. Her tutelage includes: Magic Of Orlando, Crossmen, and The Cadets for outdoor and Alliance of Miami, Paradigm, and The Knights for indoor. Paula spent time teaching WGI Finalists such as: Gainesville Independent (from A to Open) and UCF Pegasus (From A to World). She spent three summers with Teal Sound Drum and Bugle Corps and helped their transition into World Class. She is currently the Director of Gainesville and Sante Fe High Schools. They are two schools in North Central Florida who compete at FMBC, and FFCC. Her judging experience extends from: FFJA and she has judged for FFCC, SFWGA, AIA, and NJNJ.   When Paula takes a break from Colorguard, she enjoys:  rooting for the Florida Gators, reading Fantasy Novels based on Grimms Fairy Tales, Disney World, and Eco-Tourism such as kayaking and hiking. She wants a small animal farm and spends a lot of time with her two rescued Chihuahuas.

Ashley Stockel began her colorguard career at Belleview High School where she marched from 2007 to 2010. She continued marching after high school with Gainesville Independent in 2011, Paradigm in 2012, and River City Independent for the 2013 and 2014 seasons. Ashley gave up her love of performing to pursue her dream of being a teacher but continued to teach local high school programs at North Marion High School and Forest High School. She graduated with her Bachelor's degree from the College of Central Florida in 2015 and is currently a First Grade teacher and couldn't love it more! Ashley is excited to work with a colorguard at the independent level and is eager to join the Unity family.

Sandy started her colorguard career at Jupiter High School, marching all four years of high school. She was the captain of the team her junior and senior year. In 2011, while still in high school, Sandy marched the Boston Crusaders Drum and Bugle Corps. Following graduation, she continued to march Boston in 2012 and 2013. In 2013, Sandy marched with Premonition Winterguard, based in South Florida. Sandy has taught various high school programs in Alachua County, including Buchholz HS, Santa Fe HS, and Gainesville HS. Sandy currently works as a Laboratory Technician in the Department of Pharmacology and Therapeutics at the University of Florida, teaching color guard in her spare time.

Katherine was a member of the Seminole High School marching band and guard program for 4 years. She spun 3 winter seasons and 2 marching seasons with the Seminole World Guard, spending most of her time performing on the flag and dance line. Her senior year the Seminole World Guard placed 12th which was the first time in school history which started an upward trend for their program. Katherine danced competitively for 9 years in many styles including tap, jazz, and modern. She helped choreograph and instruct many dance classes during this time. Katherine continued to dance in college by taking classes with the UF Dance Department and joining different dance groups in which she choreographed as well. In 2014, Katherine graduated from the University of Florida with a Bachelor’s degree in Business Administration and minored in entrepreneurship and dance.

David Hanseter was born and raised in Jupiter, FL. He attended Jupiter High School, where he did marching band and colorguard, and was the color guard captain in 2009. David then attended the University of Florida, receiving his Bachelor of Science in Recreation, Parks, and Tourism. Currently, he lives in Tampa and works at Wesley Chapel Elementary as an EBD teacher for students with emotional and behavioral disabilities. David has marched under such winter guard programs as Gainesville Independent 2010 and USF Winter Guard 2012 & 2013. He has also marched with the Boston Crusaders Drum & Bugle Corps 2013. David has taught both winter guard and marching band programs at Jupiter High School, Freedom High School Tampa, Liberty Middle School, Gainesville High School, and Santa Fe High School.
~"Champions are made when the stands are empty."~ 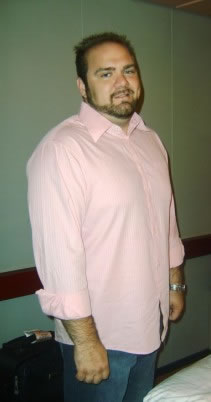 Originally from West Palm Beach, Jeremy Lee has played with many groups throughout the years including the Gator Band, Magic of Orlando, "Big 8" Marching Chiefs (FSU), multiple Alternative, Rock & Christian bands, a number of ensembles and attended Santa Fe HS where he was awarded the John Philip Sousa Award. Jeremy started his percussion career at Santa Fe High School as the percussion caption head where he won multiple top percussion awards along with back to back state championships for 6 years straight. Since that time he has worked with multiple groups all over Florida including Jupiter, Dwyer, Palm Beach Gardens, Bell, Newberry, Oak View, Howard Bishop, Trenton, Gainesville and Citrus High School. With these various schools, Jeremy has led his groups to top honors in percussion, music, performance, best in class and state championships for the Florida Marching Band Championships.

Jeremy teamed up with Santa Fe High School again in 2014 and helped lead the band to win multiple competitions, top percussion awards including best percussion at state and two runner-up titles at state championships for FMBC. At the end of 2014, he joined WGI Winds in the inaugural season for Project Arts in the Word Division as the Assistant Director and director of Percussion. In their inaugural season at World Championships Project Arts received the Bronze Medal.

Jeremy started a scholastic group at Bell HS and they compete in FFCC. For the last 5 years, they have placed in the top 5 every season. In 2015, he began an Independent group named Unity Percussion in WGI (Winter Guard International) that competed in the 2016 season. At FFCC Championships Unity Percussion was the overall silver medalist in the state of Florida and in their inaugural season they made finals and placed eighth overall at World Championships.

Currently, Jeremy is the Assistant Band Director at Bell Jr. Sr. High School, the Percussion Caption Head at Santa Fe High School, the Director & Founder of Group 352, Director of Percussion for Project Arts World, Director and Founder of Unity Percussion, Director of Music for Gainesville Church of God and is the President of Jeremy Lee Designs which is a Web Development company. He has been married to his beautiful wife for nearly 20 years and has three gorgeous daughters and a handsome son.

Part of Unity Music & Arts Inc. which is a 501(c)3 Non-Profit Organization